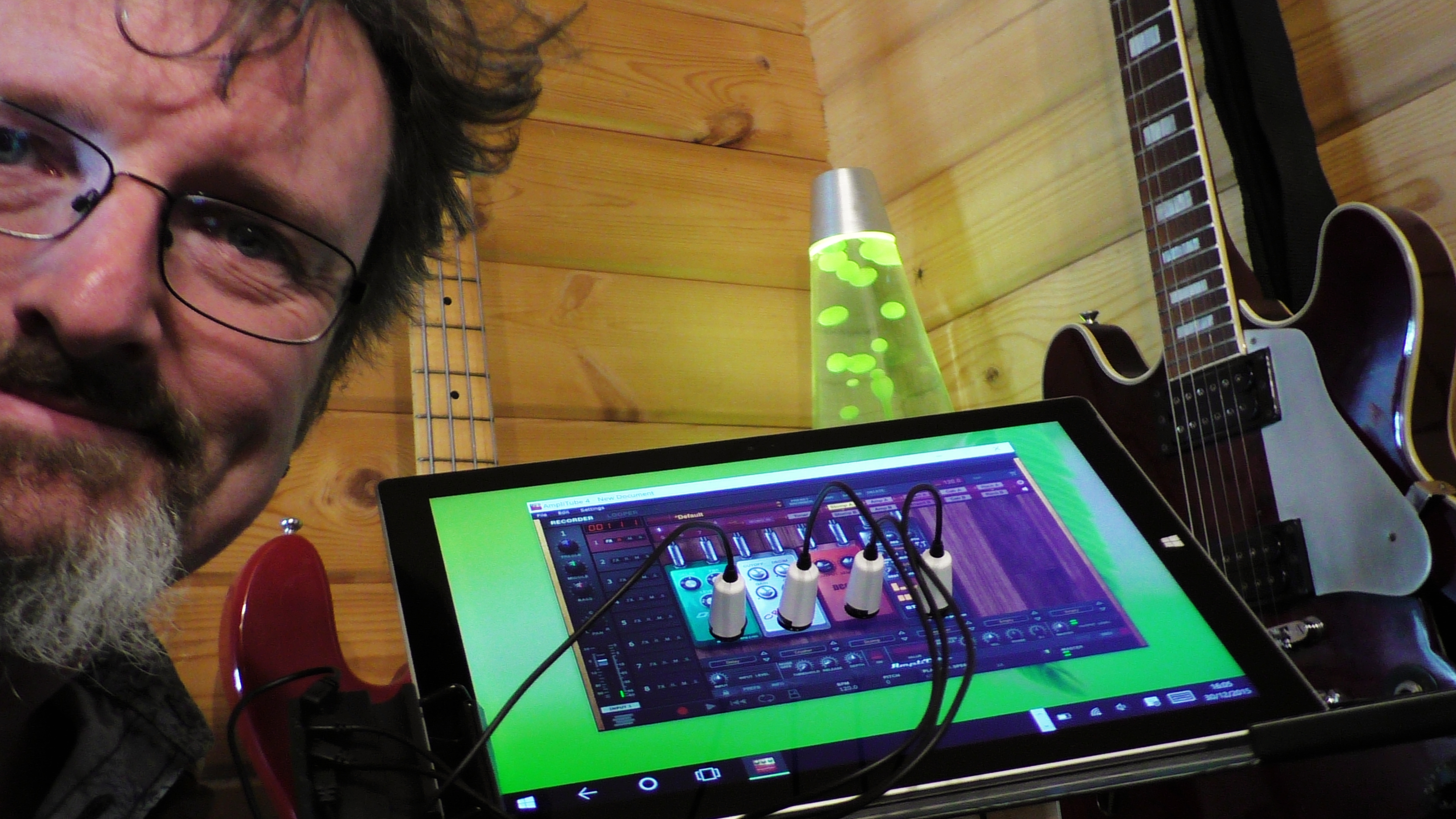 It’s been an interesting year at Surface Pro Audio. There’s been excitement, bafflement, joy, nervousness, success, calamity and really good parties. Our small following has grown massively, and along with the increasing interest in the Surface as a platform for music production I have grown handsomer with every video. What’s helped the most is the emergence of a few brave bits of touch friendly software that I was able to demonstrate as running wonderfully on the SP3. Stagelight, FL Studio 12 and Studio One V3 all allowed the Surface to be more than simply a computer, it allowed touch to become part of the workflow in a meaningful way. The most positive comments I’ve had have been for when I show the SP3 actually doing something real – running real music software, showing plug-in counts and performance comparisons, something that people can actually see and understand. The majority of reviews I’ve seen seem to focus on specs, general opinion and benchmarks which are largely meaningless as a guide to how well it works in real life and so what people seem to appreciate the most is how I demonstrate what’s really possible – the good and the bad.

I got myself invited to two Microsoft launch parties in New York. Their interest in me has been enormously gratifying and has opened up what seemed to be an impenetrable fortress of a company into little pockets of enthusiastic and knowledgeable people, interested in how users like myself are doing things with their products. They’ve been genuinely generous and totally respectful of my independence and my opinion regardless of how critical that can be at times. العاب بتكسب فلوس I know they get an enormous kick out of whenever I get a comment on YouTube or Twitter about how I’ve convinced someone to move away from Apple to the Surface as a creative platform – and that’s what’s happening, there’s a shift in belief, a raising of confidence in Microsoft as a producer of decent and innovative hardware. I’ve enjoyed being part of that.

With the release of the Surface Pro 4 and the Surface Book it really brought home how seriously Microsoft is taking this product line and all the marketing was covered in StaffPad and Bitwig Studio references giving me the confidence that the creative side is being given special attention. Bitwig Studio is an awesome piece of work and takes us somewhere mice and keyboards can’t follow – the Surface is just simply the most creative computer for music right now. I wasn’t able to get a Surface Pro 4 out of Microsoft for free – it’s a big ask and we’re in a very small pond with a tiny reach compared to other industries – so instead I had the bright idea of seeing if I could crowd fund one. I discovered that it’s really hard to convince people to give you money – when they don’t have to, when they know that ultimately the content I’ll create will be free. عدد بطولات كريستيانو But, we did it, we made it, with the help of a handful of generous hearted people I’ll be able to buy a Surface Pro 4 in the New Year and I can start producing some more awesome videos.

Along with Molten Music Technology who manage the YouTube channel and websites we’ve pulled in half a million views and almost 5000 subscribers. The awesome prize draw we did before Christmas has tripled our Twitter followers and doubled our Facebook likes so we’re all setup to begin 2016 with a decent sized audience and a bigger reach than ever before.

So yeah, lots to do and this is only the beginning. Elsewhere in music technology I believe we’re going to continue to see the slide from Apple to Microsoft as users are hitting the limitations of iOS and the frustrating lack of touch in OSX. I think we’re going to see the worlds of computers and analogue synths collide in very interesting ways and I wonder how virtual reality could impact on our creative spaces.

So, armed with a Surface Pro 4 and a mandate for making awesome videos on music production 2016 is going to be a great year. Stick around and joins us for the ride!