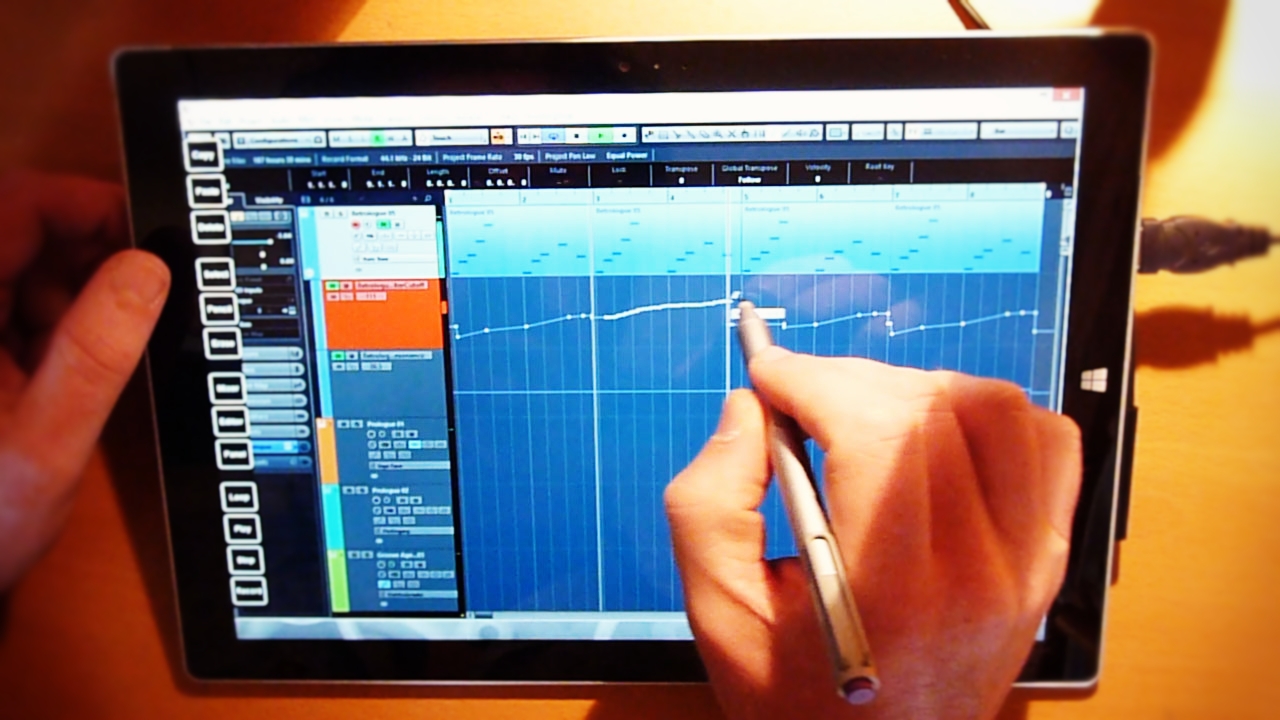 Now we all know that the Surface Pro 3 is totally capable of running desktop software – so it shouldn’t be remarkable that Cubase or Pro Tools as in my last video or other DAWs run fine on it – it should be expected right? العاب مباشرة على النت Totally, yes, but that’s not the whole point of what I’m trying to do here. The process of installing and running a complex piece of music software like Cubase has the opportunity to highlight the pros and cons of using a format and platform like the Surface Pro 3 for music production. We know it’s going to run, but are there any stumbles on the way, is multi-touch a help or a hindrance and what sort of performance can we expect from this slab of glass and electronics?

Performance Testing
We run a slightly modified version of the Dawbench benchmarking test from Dawbench.com It gives a good indication of a systems performance by running multiple instances of a plug-in across a large number of tracks until you hit the point of crackle. In this test we got around 55 plugins running without a crackle. On a properly setup desktop system with a proper K series quad core Core i7 processor I would expect to get 200-250. So there is a large gap between desktop performance and what the Surface Pro 3 can actually do. سيرجيو أجويرو However, this system has not been tweaked, it’s straight out of the box and we’re going to do another video where we spend a lot more time tuning and tweaking and testing the SP3 to show what it really is capable of. وان كارد
What we’re not seeing is any of the CPU throttling that’s been reported on the internet – where when the CPU is loaded the speed cuts in half. We’ve got the Intel tuning utility running and it’s monitoring the CPU usage up at 97%, running at 70 degrees and although the CPU speed does vary between 2.6 and 2.4GHz it’s certainly not enough to seriously harm the performance. The performance is very much like I expected it to be, I’ve tested an Ultrabook with an i3 processor before and the SP3 certainly beats that. I had hoped it would surprise me but never mind hey.